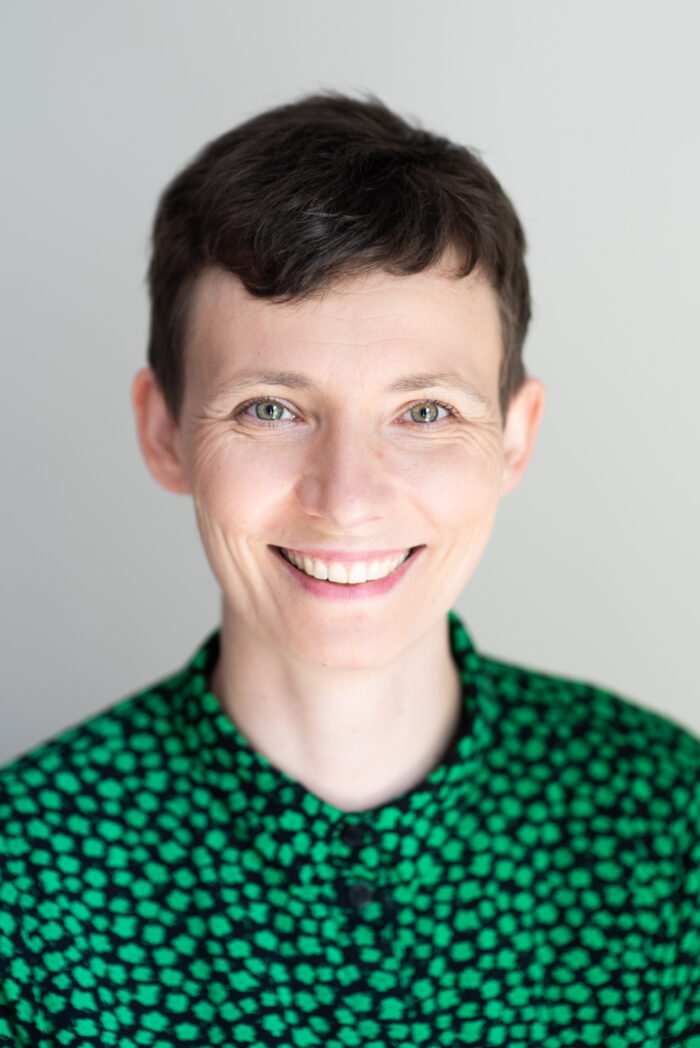 Renata Piotrowska-Auffret is a choreographer and the artist; in her works she uses tools of experimental dance, performative arts, dramaturgy and theatre.

Piotrowska-Auffret contemplates the contemporary world by deriving the inspirations from intimate experiences, real and fictional, embedded in a given social context. She is interested in the perversity of relations between the historical and contemporary body politics, between public and private, as well as between text and movement.

She was a priority artist in the frame of Aerowaves Twenty17 and Aerowaves Twenty19. She received scholarships from Adam Mickiewicz Institute, Art Stations Foundation and Ministry of Culture and National Heritage in Poland, program „Młoda Polska” (2010) and „Stypendium Ministra” (2013).

Since 2014 she started a series of private pieces – performances putting at stake female body politics, oscillating between private and public.

As she describes her works: „I am a female artist, I am a women, I am a mother – so the polarization of the body touches me directly. I always have a personal and autobiographical urgency to do the work.” As a result of working with politically involved themes, the private pieces have already been created.

To find out more about her go to renatapiotrowska.com