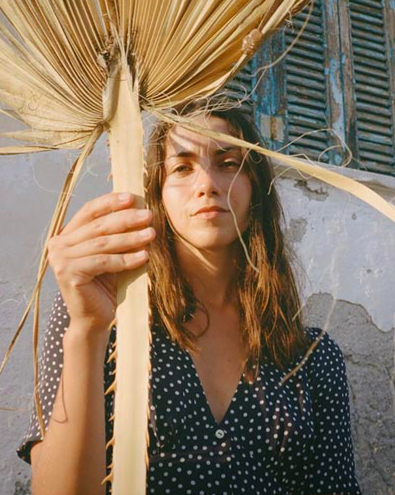 (born in 1984) – a Ukraine-born but Russian-speaking dancer, choreographer and teacher living in Rennes, France. She is a strong advocate for her right to be “Ukrainian” as one of her many identites – Jewish, Russian, French and Ukrainian – defined by her origins and places of living.

She studied dance at P.A.R.T.S. in Brussels before working in Moscow from 2006 to 2010 at the Russian Institute of Theatre Arts (GITIS) and the dance school TsEKh.  After winning the DanceWeb scholarship (ImpulsTanz, Vienna), in 2012, she began a Master’s degree in dance, creation and performance at the CNDC in Angers (Paris 8 University, School of Fine Arts of Angers), while also joining Boris Charmatz (Levée des conflits, Flip Book, Enfant, Manger) and Maud Le Pladec (Democracy, Concrete) as a performer.  She created Korowod (2012), a performance inspired by Russian traditional dance, and then Sœur (2018), in collaboration with the artist Robert Steijn. She also performs for Ashley Chen, for video installations by Dutch artist Aernout Mik, and has run workshops with Konstantin Lipatov.