Exhibition
Marta Ankiersztejn’s photography exhibition is a collection of photos taken during the Ciało/Umysł Festival in the years 2008-2020. The selected images create a story about emancipation, freedom, and dance without borders. The photographer reminds us of the artists who in their works showed that tolerance, equality, and respect for diversity are values ​​that need more prominence. The dance captured in the photo is not only a means of expression but also, or above all, a manifesto that leaves a mark on our minds

Performative tour through Impress me! exhibition

Lecture performance
A lecture performance on the first meeting in the creative process between Agata Życzkowska with C/U, which began with The Show Must Go On choreographed by Jérôme Bel (2011). In the same year, the artist founded HOTELOKO movement makers – a collective that is celebrating its 10th anniversary this year. In the context of the “Impresska” event, but also the recent changes taking place in the world, the words of the Queen’s song: Tonight I’m gonna have myself a real good time become of special importance. The neurologist Jacob Jolij found the Queen’s song titled Don’t Stop Me Now the most joyful in the world.

Mini-lecture
A micro-narrative about the festival based on research of various articles and reviews from newspapers and trade magazines, as well as my own experiences. As the title suggests, I would like to select 20 facts related to different personalities, places, and events which, as seen from the historical perspective, have shaped the image of the festival the most and prove its specificity and unique character.

Alka Nauman, Magda Przybysz,  words are not what they seem

Performative reading
An event through which two choreographers invite you to participate in the process of initiating collective memories related to the performances presented at the Festival. During the performative reading, Alka Nauman and Magda Przybysz will share their texts including excerpts from Magda’s book entitled “Choreographic Diaries” and pages from Alka’s diary.

Choreographic interventions
Tomorrow is a joint project and a political manifesto of Centrum w Ruchu collective and the choreographer La Ribot. It gathers 10 female choreographers believing in the community of creation – meeting, exchange, support, artistic work, the value of which does not depend on institutional representation (the project did not receive the support of the Ministry of Culture and National Heritage). We believe that despite the pandemic and the lack of financial support, we have the power to create a space for the presence and expression of the female body. We create thanks to a subsidy received or despite the lack of it.

Ilona Trybuła, A handful of memories

A handful of memories – a fragment of history and memory. A history of unrealized projects.
Contexts and digressions as well as life stories in dance. About how much you can do in order to not perform. 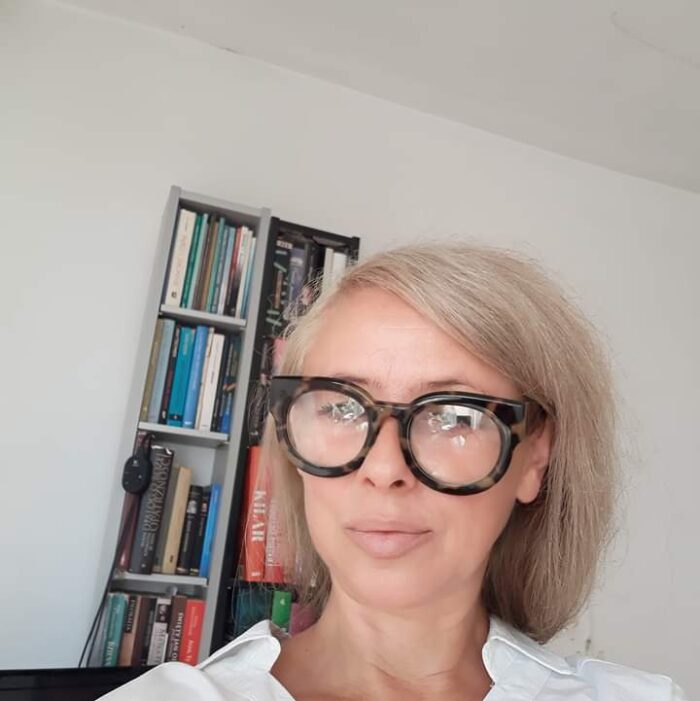