A series of podcasts edited by Julia Hoczyk. Invited authors reflect on C/U Festival from the perspective of time and personal interests. Witold Mrozek talks about the changing role of the festival. Alicja Müller – about breaking taboos. Katarzyna Słoboda – about the reception of dance on a kinetic level. Magdalena Przybysz – about performances with political and social themes. Anna Królica – about the performances which deal with the heritage of dance. Finally, Julia Hoczyk recalls the events that were important for her as an “accompanying critic”.

Think about the bodies. No matter if they’re human or non-human. In your imagination, sensually connect your body with the bodies of other people, animals, plants and objects. Try to feel their different corporealities – the weight, dimension, structure. What kind of relationships do you notice between them? What exactly is this “in-between”? Is it about the space where you see them in your imagination? What qualities does this space have? Are these bodies moving? What happens if you notice their movement? How do these relationships between bodies develop over time? What qualities does this time have? Does it stretch or shrink?

Put the senses in a waiting mode, try to harmonize their impact on the flow of stimuli from the outside to the inside of your body and back; don’t let vision dominate, but allow hearing and kinesthetic senses to be incorporated into perception and imagination. The body is not an unchanging whole, isolated from other bodies, but an open and dynamic process of exchange and flow. Movement seems to be endless, continuous, even if it is minimal and almost imperceptible. Every fixed point in space and every moment in time vibrate.

Watching dance and choreography is for me such an exercise in noticing and sensing both the subtle processes and the dynamic changes that take place between bodies on stage. The 2013 edition of the Ciało/Umysł Festival, which focused on the issue of looking, watching and peeping, will be a starting point for me to analyse the ways we look at dancing and choreographing bodies on the example of selected works from over 20 years of the festival’s rich history. The program of the 2013 edition included Daniel Léveillé’s choreography of The Modesty of the Iceberg in which dancers perform naked. The specific rhythm of the performance, based on action and momentary pause, emphasizes the physicality of the bodies – they are fit and well-trained, but they do not conceal their weight and make sounds when they jump or fall. The space around them is devoid of scenery, and the dancers are accompanied by Frédéric  Chopin’s music only. The title “modesty of the iceberg” provokes to look at the bodies as apparent, but transient matter. Nudity becomes obvious after a while, like a body carved in marble.

Mette Ingvartsen in the first part of the choreography to come (extended), shown in 2019, stripped the performers’ bodies of biological gender, dressing them literally from head to toe in a blue, neutral, tight-fitting suit. They rhythmically perform (or rather simulate) a series of precisely composed collective sexual acts full of acrobatics, sometimes slow tenderness, and at other times violence. These bodies become a moving screen for the projection of our desires, memories and longings, operating on the verge of embarrassment and excitement (the title of that edition of the festival: transgressing pleasure).

The stage as a place for generating fantasies, presenting bodily utopias and undermining the beaten paths in interpreting choreographic tropes often constituted the central aspect of the Ciało/Umysł Festival. (M)imosa / Twenty Looks or Paris is Burning at the Judson Church (M) (Cécilia Bengolea, François Chaignaud, Marlene Monteiro Freitas, Trajal Harrell, 2012) confronts the minimalist and, by definition, democratizing dance strategy of the artists from the Judson Dance Theater with diversity and the fluidity of identity represented by the voguing culture. The latter was initiated by a non-binary and non-heteronormative environment at the same time as postmodern dance – in the early 1960s, but in a different part of New York. Doesn’t the stage construct artificial visions of naturalness and authenticity? Isn’t it primarily a place to highlight the identities that were marginalized at the time? Isn’t it the perfect place to experiment with their fluidity? The title Mimosa, represented by each of the performers, appears as an identity stretched on a continuum of masquerade, reality, pleasure, where each minute flickers, escaping clear definitions and not getting caught in permanent categories.

More by Ramona Nagabczyńska (in collaboration with Magda Jędra), with the participation of two look-alike bodies, explores the horizon of imagination for human connections with computer technology. There is no room for individuality here. In their mutual flows, bodies mutate into a bizarre, malleable, porous creation. The work indicates the instability of the human category. At some point, after a very dynamic sequence, the performers reflect the behavior of the audience as if in a mirror – they look at how we look and show us in a rhythmical manner the gestures that make up the viewing ritual. Again, as in the case of the spectacles I have mentioned before, the bodies on the stage become a projection screen. How do I see bodies on stage? Does my gaze slide over their skin?

What are the durations and dodges of bodies on stage? I am most interested in the process of dancing and choreographing in relation to the bodily experience of the external environment (surroundings, space), but also the internal one (thought processes, physiology of the body, time). I perceive the embedding of dance and choreographic practice in the memory of the body, muscles, tendons and joints on the axis of the continuum, long duration, but also dodges, sudden changes and breaks. In relation to culture, nature, society, history and memory.

The body is situated on the border – the only thing that separates one body from another is skin, the surface. The activity of the body on stage is like opening of the body to space, locating the body’s space on the axis of the continuum of time, awareness, presence, perception, and imagination. The relationship between the viewers and the bodies on the stage is intermittent, full of distraction, loose associations, personal projections. It is a process stretched over time. I understand discontinuity and stretching not only in abstract terms as a property of immaterial time. In geology, extension is what separates (but also binds together) centers in the depths of the Earth, characterized by different physical (mainly seismological) properties. I use geological associations not only as a metaphor. I refer to the physical properties of the body (e.g. gravity), but also to the properties of physical bodies (brittleness, elasticity, plasticity, ductility). The body exerts pressure and pressure is exerted on the body, the body falls, props itself up, stands up. It never really ceases to move, the orchestrated micro-vibrations of tissues, internal parasites, bacteria, pulsation of blood and breathing movement continue to act both in it and on it. These processes are shown and transcribed onto the bodies of dancers in an interesting way by Isabelle Schad in her Collective Jumps (shown in 2015 at the 14th edition of the festival). The collective body in her work becomes a moving, pulsating place of resistance. They test invisible boundaries, break established patterns, and experiment with a different kind of sensuality.

What relationships between bodies do you notice? Are they continuous, fluid, or are they based on a series of abrupt breaks? What is the corporeality of bodies for you? How do bodies on stage perform their freedom, and how do they manifest the limitations they are subject to? What creates the environment for the dancing body?

Katarzyna Słoboda – a curator and researcher. At the Museum of Art in Łódź, she has curated such exhibitions as You come, we will show you what we do. On dance improvisation (2013, with Sonia Nieśpiałowska-Owczarek), Frames of reference. Choreography in the Museum (2016, with Mateusz Szymanówka), Moved Bodies. Choreographies of Modernity (2016) or Prototypes 4: Agata Siniarska, Land(slip) (2020). She has (co)-edited numerous publications on dance, choreography and contemporary art. A winner of the Grażyna Kulczyk research scholarship in the field of contemporary choreography and Young Poland 2018. She is an art historian by education; she completed her doctorate at the Institute of Art of the Polish Academy of Sciences in Warsaw (topic: Embodied Mindfulness in Contemporary Dance Practices in the Perspective of Critical Dance Studies). 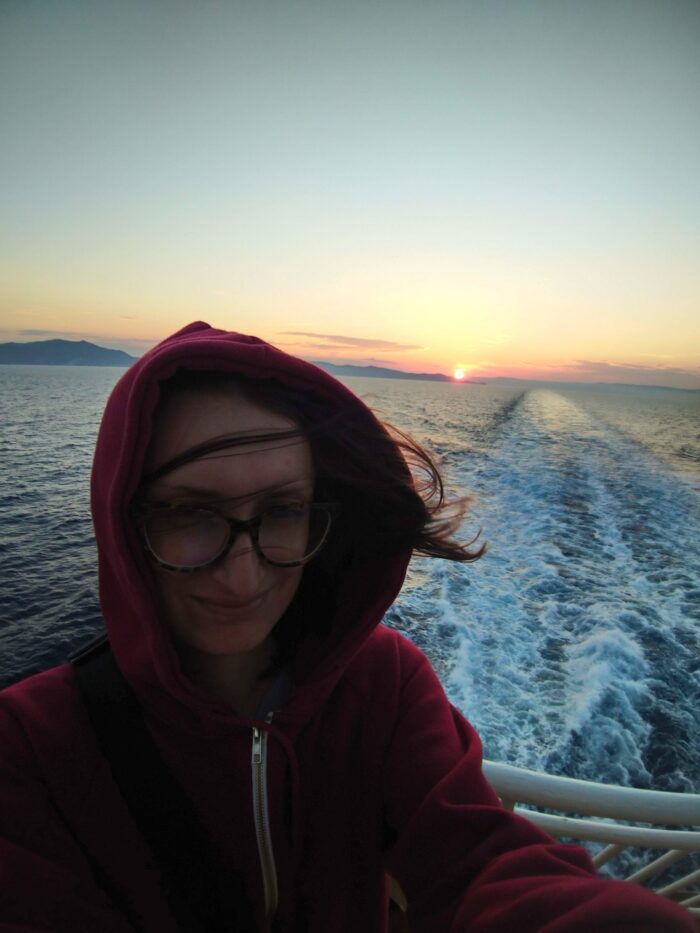